Shadow pacts: how US federal agencies operate outside the law in Mexico In Mexico there are irregular practices, without adherence to the law, which are reproduced by national and state governments alike, regardless of their ideological orientation.

The Government of President Andrés Manuel López Obrador (AMLO) has established agreements with its US counterpart without these being ratified by the Senate.

The state leaders, for their part, have dedicated themselves to signing commitments with US federal dependencies and agencies, with everything and that the Constitution prohibits them.

In their defense, the governors allege that these are arrangements that are made within the framework of agreements of a higher rank: those of the federal government with the neighbor to the North.

According to the terms of public international law, ‘international treaty’ means any type of agreement that implies a commitment between countries.

In the case of Zacatecas, the most recent controversy, Governor David Monreal claimed not to have signed any agreement with Ambassador Ken Salazar, or with representatives of US federal agencies.

It was just a “open dialogue”, an “exchange of experiences and best practices” in a “framework of respect for national sovereignty”. “There is nothing to worry about, nothing was signed,” the state president cut short.

The information published on the website of the US Embassy in Mexico, however, denies it : your Government and the representatives of the neighbor to the North did establish cooperation agreements with different objectives:

It is unbelievable that no document on these agreements has been signed. David Monreal “opened the door like no other governor”, were the words of the US ambassador. in Mexico, who collected the press release published by the Government of Zacatecas.

We received the Ambassador of the United States in Mexico, Ken Salazar (@USAmbMex). We strengthen the bond between our state and the neighboring country of the United States. Cooperation on issues such as security, migration and foreign investment is important, seeking social welfare. pic.twitter.com/WW64Bc0lU

In his defense, Monreal argued that the meeting with Salazar and representatives of the US agencies took place under the ‘Bicentennial Understanding’, the bilateral strategy signed by the governments of Presidents López Obrador and Joe Biden in October of last year.

In this sense, according to Monreal, the conversations he had with government representatives of the United States took place in the context of a higher-ranking agreement signed by the federal government and, therefore, his Administration would not have violated the Constitution.

However, using the so-called The ‘Bicentennial Understanding’ as a justification for establishing agreements with US federal agencies is, in reality, even more questionable.

Although , in effect, the ‘Bicentennial Understanding’ is a bilateral cooperation strategy signed by the federal government with lines of action in various areas, this has not been ratified by the Legislative Branch.

Section X of the article 89 constitutional establishes that international treaties must be ratified by the Senate. In the case of the ‘Bicentennial Understanding’, de facto it constitutes an international treaty, given the commitments between both countries.

In an interview with RT, the senator of the National Regeneration Movement (Morena) party, José Narro Céspedes comments that the government of President López Obrador promotes a “new approach” to foreign policy.

For this reason, he explains, the ‘Merida Initiative’ was scrapped and the ‘Bicentennial Understanding’ is under construction. . However, it details that, until now, it is only a proposal.

“When the time comes, it will have to be approved by the Executive Power and ratified by the Senate of the Republic, this is very important to specify” .

Since it is not a formal agreement, Narro Céspedes maintains that the actions of his party colleague, Governor David Monreal, are unjustified.

“Lo that was proposed in Zacatecas violates national sovereignty and opens the way to an action of interventionism in our country”.

Jaime Cárdenas Gracia, A lawyer specializing in constitutional law, close to President López Obrador, comments in an interview that in Mexico it has become a common practice for several decades to avoid Senate ratification when signing agreements with other countries.

In the US, he points out, there are so-called “Executive Agreements”, while in Mexico there is no such instrument. “In our country there are treaties that have the same hierarchy as the Constitution, such as those related to human rights.”

The also investigator of the The UNAM Legal Research Institute considers it necessary to reform the Law on the Celebration of Treaties. His proposal is that all international treaties require the approval of the two Houses of Congress (deputies and senators), by qualified majority, in addition to the local Congresses.

Recently, after his visit to Washington in the framework of the High-Level Dialogue on Security Mexico-USA ., Foreign Minister Marcelo Ebrard commented at a press conference that he had explained to Ken Salazar that pacts cannot be made with state governments without the authorization of the federal government.

The sayings of Ebrard were interpreted as a “wake-up call” to the White House by several analysts. However, Zacatecas is the most recent, but not the only case in which a state government signs agreements with US federal agencies without there being not only one authorization, but a national agreement previously ratified by the Senate as dictated by the Magna Carta.

In fact, several state governments that emerged from the ruling party have made this type of pact. The states with high crime rates stand out.

In these territories, the US government has insisted on increasing the role of elements of the FBI (Federal Bureau of Investigation), the agency in charge of training security forces.

In August 980, when the ‘Merida Initiative’ was in force, the Government of Morelos—an entity that exceeds 650 intentional homicides so far from 2022—ordered five of his instructors from the State Academy of Higher Studies in Security to be trained by FBI personnel. 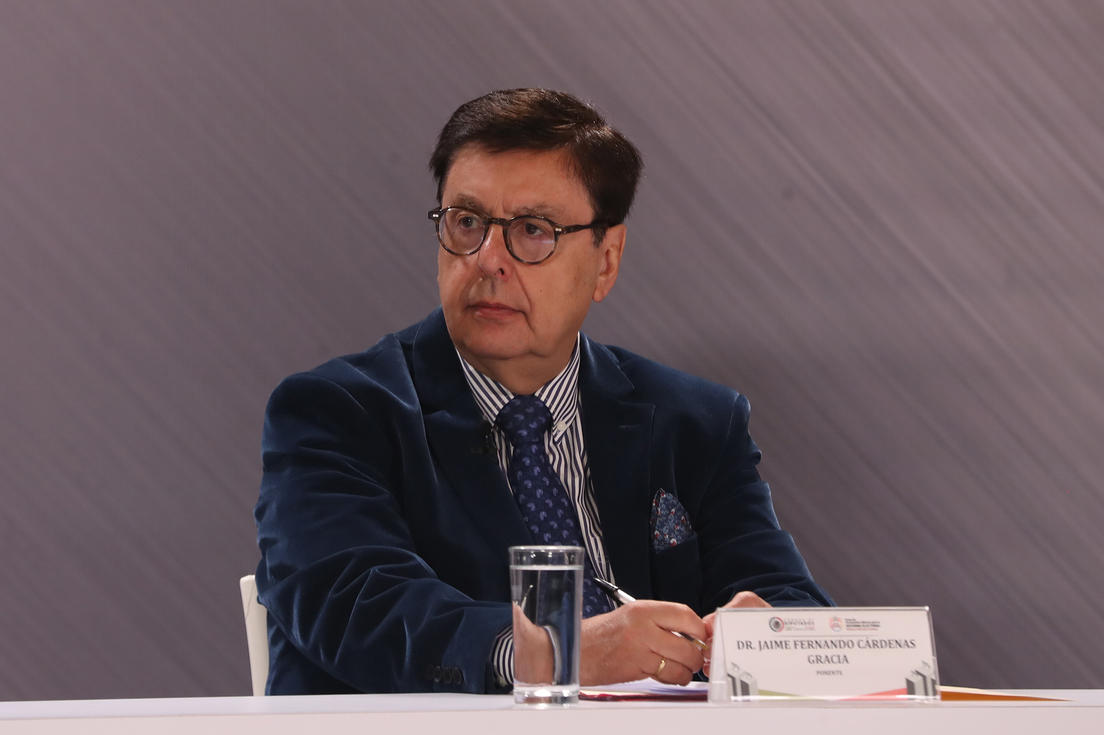 So far there is no detailed public information on the operations of US security agencies. in Mexico: its objectives, what agreements are in force (and with which state governments and dependencies), as well as the personnel employed.

So far, however, there is no detailed public information about their operations, their objectives, what agreements are in force (and with which state governments and dependencies), as well as the personnel employed.

Through another request for information via the PNT, the Foreign Ministry gave know that, to September of 2019, there was 1. Persons accredited and attached to the US Embassy. in Mexico.

However, he reported not having the authority to know to which agencies, departments, or offices, the US Government had assigned each of the members of his p personal.

Ending the shadow pacts is a pending issue for the AMLO government. Today, most of the federal agencies of the American Union operate through agreements that lack supervision, transparency and accountability.