Developing the most detailed maps yet of the asteroid Psyche, revealing an ancient world of metal and rock

Scientists were able to see the rock in greater detail, at a resolution of about 30 kilometers per pixel, using the combined power of the 66 radio antennas of the Atacama Large Millimeter/submillimeter Array (ALMA) observatory, located in Chile.

At the end of this year, the NASA will launch a space probe the size of a tennis court into the asteroid belt, a region located between the orbits of Mars and Jupiter in which the remnants of the early solar system revolve around the Sun. Once inside the asteroid belt, the spacecraft will focus on Psyche, a large metal-rich asteroid believed to be the ancient core of a primitive planet. The probe, named after its asteroid, will spend nearly two years orbiting and analyzing the surface of the rocky celestial body in search of clues about the evolution of the first planetary bodies.

Before the mission, a team of planetary scientists from the Massachusetts Institute of Technology (MIT), and other research centers, presented in an article, published this Wednesday in the Journal of Geophysical Research: Planets, the most detailed maps to date of the asteroid’s surface, based on observations made by a large array of ground-based telescopes in northern Chile. The work reveals vast metal-rich regions stretching across the asteroid’s surface, along with a large depression that appears to have a different surface texture between the interior and its edge; this difference could reflect a crater filled with finer sand and surrounded by rockier materials.

The new maps hint at the history of the asteroid, named after the goddess Psyche from Greco-Roman mythology. Its rocky regions could be remnants of an ancient mantle – similar in composition to the outermost rocky layer of Earth, Mars and asteroid Vesta – or the imprint of old space rock impacts. The craters containing metallic material support the idea proposed by previous studies that the asteroid may have experienced early eruptions of metallic lava as its ancient core cooled.

“These maps confirm that metal-rich asteroids are interesting and enigmatic worlds. It is another reason to hope that the Psyche mission will go to the asteroid”, pointed out Saverio Cambioni, from the Department of Earth, Atmospheric and Planetary Sciences at MIT.

How does the study was realized?

The surface of Psyche, which is worth more than the entire global economy, has been the subject of numerous previous mapping efforts. However, these studies were unable to spatially resolve the compositional variations on its surface. Cambioni and his colleagues were able to see the asteroid in greater detail, with a resolution of about 30 kilometers per pixel, using the combined power of the 66 radio antennas of the Atacama Large Millimeter/submillimeter Array Observatory (ALMA). Scientists collected data obtained in 2019 by ALMA and converted it into a map of thermal emissions across the asteroid’s surface and produced the latest high-resolution 3D shape model of Psyche. Both studies were released in 2021.

While, in the new study, they ran simulations of the rock to see which surface properties could best match and explain the emissions thermal measurements. The rotation of the asteroid was modeled and it was measured how the simulated materials on the asteroid would emit thermal emissions. Next, the team looked for the simulated emissions that best fit the actual emissions measured by ALMA. “We did these area-by-area simulations so we could capture differences in surface properties,” Cambioni said.

Main conclusions of the study

The study produced detailed maps of the surface of Psyche, showing that the asteroid’s ‘facade’ is probably covered in a wide variety of materials. The researchers confirmed that, in general, Psyche’s surface is rich in metals, but the abundance of metals and silicates varies. This may be a further indication that, at the beginning of its formation, the rock could have had a silicate-rich mantle that has now disappeared 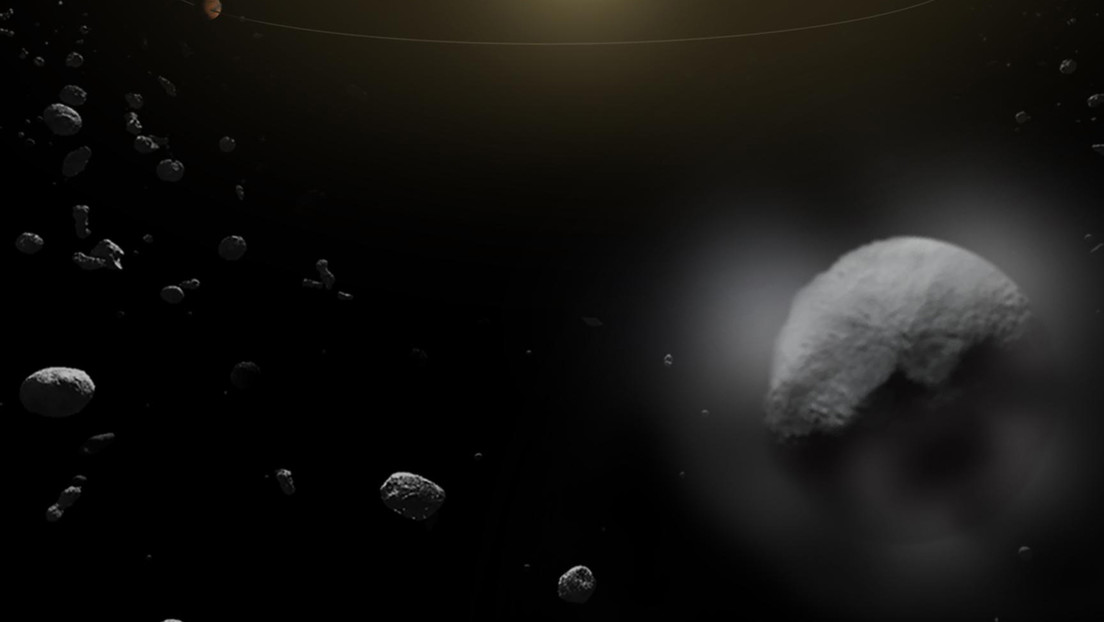 They also found that, as the asteroid rotated, the material at the bottom of a large depression –probably a crater– changes temperature much faster than the material at the rim. This suggests that the crater floor is covered by “ponds” of fine-grained material, like sand on Earth, that heats up quickly, while the crater rims are made up of rockier, slower-heating materials.

Previous article
VIDEO: UFC fighter Adrian Yanez submits Tony Kelley with a hurricane of blows and knocks him out in less than 4 minutes of the first round
Next article
A new subspecies of polar bear identified in southern Greenland that does not depend on sea ice for subsistence