Controversy in Brazil after Bolsonaro's statements about Venezuelan adolescents The president accused the Workers’ Party of “decontextualizing his words” and the Electoral Court forced the president’s opponents to remove the content from their networks.

The comments of the president of Brazil, Jair Bolsonaro, about some young Venezuelan women, which generated great discomfort on social networks, forced the president to make a live broadcast early on Sunday, where he accused the Workers’ Party ( PT) of misrepresenting his words.

Last Friday, in a ‘podcast’, Bolsonaro spoke about the life of Venezuelans in Brazil and recalled a visit he made to Sao Sebastiao, a poor neighborhood in Brasilia, in 2021, and met several teenage girls between 14 Y 15 years.

The president said that “a climate” was created to interact with the young women, an expression with which, according to the press, he insinuated that the girls were prostituting themselves.

“I was in Brasilia, in the community of Sao Sebastiao, if I’m not mistaken, on a Saturday, on a motorcycle (…) I stopped the motorcycle on a corner, took off my helmet and I looked at some girls, three, four, pretty, from 14, 00 years, tidied up”, he commented.

And he continued: “I saw that they looked a bit alike. A climate was generated, I came back ‘Can I come into your house?’ I walked in. There was like 00, 13 girls, on a Saturday morning, getting ready, all Venezuelans. And I ask: pretty girls from 14, 17 years, getting ready on a Saturday for what? To earn a living”.

“Do you want that for your daughter who is not listening here now ? And how did it get to that point? With wrong decisions”, he commented in reference to the possibility that Luiz Inácio Lula of Silva, leader of the PT, wins the elections.

Less than two weeks before the second round of the presidential elections, Bolsonaro’s words were repudiated on social networks –many accused him of pedophilia– and among his opponents, which caused the president to make an intervention. 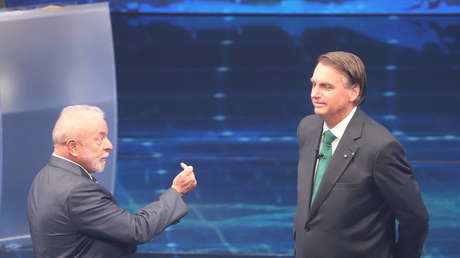 “The PT crossed all limits,” said Bolsonaro, who denounced that the opposition formation “meddles” in his private life and “does barbarities.” The president explained that he visited the home of the young women accompanied by other people and that his team published that meeting.

“I have always fought pedophilia, I have always opposed the Venezuelan regime, I painstakingly accompany the suffering of the families who left Venezuela for Brazil,” said Bolsonaro, who was outraged.

In a petition before the Supreme Electoral Tribunal (TSE), his campaign team denounced that the speech was “severely decontextualized”. The president of the TSE, Alexander de Moraes, determined that both Lula and other members of the PT remove from their networks the fragments

in which Bolsonaro appears talking about young women, as well as any other content related to this topic.

In the midst of the controversy, the first debate between Lula and Bolsonaro was held on Sunday night before the ballot of the 30 October.

When arriving at the debate, the PT member limited himself to saying that the president “acted in bad faith” with the girls. For his part, Bolsonaro criticized that he has been accused of “a cowardly and sordid way of practicing pedophilia.”

If you have Liked it, share it with your friends!