Researchers analyzed the diet and health of nearly half a million of Americans.

Recommendations from multiple dieticians and physicians from eating more fish, as it is a cardioprotective food that reduces bad cholesterol, collides with the data of a new study, published on June 9 in the journal Cancer Causes and Control, which links its high consumption with an increased risk of malignant melanoma.

Researchers analyzed the diet and health of nearly half a million Americans and calculated the incidence of malignant melanomas that developed over an average period of 15 years using data obtained from cancer registries. Among them, they identified 5,034 cases.

Thus, the dermatologist and epidemiologist at Brown University (USA) Eunyoung Cho and her collaborators processed the huge database to relate the consumption of specific foods with health problems that develop later. 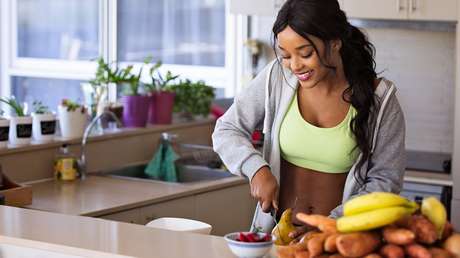 In 2011, research already suggested that melanoma was the only type of tumor that could be associated with a higher intake of fish. Now, an extended follow-up has made it possible to consolidate the data on this relationship, as the consumption of this product has not stopped growing, both in the US and Europe.

Cho’s team claims that, compared to those whose average intake of fish was less than 3.2 grams per day, the risk of suffering from malignant melanoma increased by 22% for those who ate 42.8 grams per day.

Particularly the consumption of was taken into account fried, non-fried fish and tuna. Fried fish did not alter incidence, whereas risk could be specifically associated with non-fried fish. Meanwhile, the intake of 14.2 grams of tuna per day implied a 20% higher risk of developing malignant melanoma compared to study participants whose consumption of this type of fish was only 0.3 grams daily.

The authors cautioned that more is needed investigations to determine the components of the fish, especially the contaminants, that could contribute to the association observed in their statistical analysis, as well as to understand the biological mechanisms underlying this association.

Melanoma is the deadliest type of skin cancer, with few forms of prevention. In 2021, 5,767 new cases of melanoma were diagnosed in Spain, the majority between 40 and 70 years of age.

If you liked it, share it with your friends!
Previous article
UFC president reveals which fight 'makes a lot of sense right now' for McGregor's return
Next article
Catholic priest sentenced to more than 20 years in prison for sexually assaulting a teenager